July 30, 2020
Portland Trail Blazers star Damian Lillard released his own NBA 2K21 exclusive background song preview. The rap song composed by the NBA star became the background music of NBA 2K21.
"Music has always been an indispensable part of NBA 2K. Every year, we are committed to expanding the game experience for players," said Alfie Brody, vice president of global marketing for NBA 2K. "This year, we can take the original music soundtrack to a whole new level with a highly curated list of tracks powered by next-generation technology. Cover player Damian Lillard will bring unreleased tracks, and the launch of the second UnitedMasters competition will also Discovering top musicians, this reflects the theme of "NBA 2K21"-whatever you want." 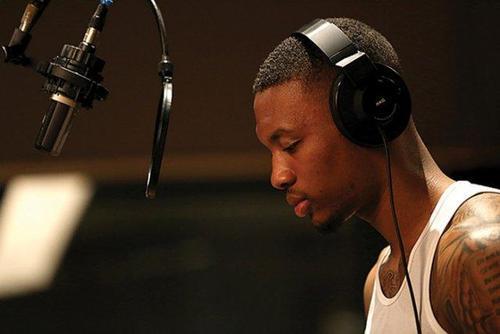 It is worth mentioning that the NBA 2K21 game soundtrack was announced today, which includes two rap songs by Blazers star Damian Lillard. This is the first time in the history of NBA 2K that NBA players have produced music for the game, and Lillard used this song "Did To It" to successfully become the background music of NBA2K21. This is an honor for Lillard. The current version of "NBA 2K21", launched on September 4, will include 52 songs in advance, including two songs by Dame D.O.L.L.A. which are exclusively included in the game. 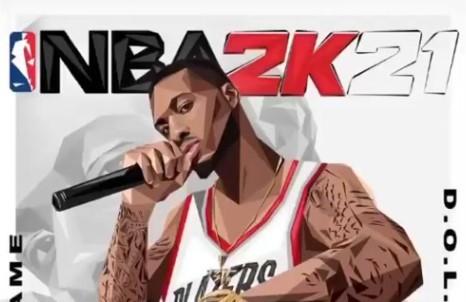 Prior to this, Lillard became the cover player of this generation of NBA 2K21 on all platforms and was also the first 2K21 cover player officially announced by 2K. When talking about this matter, Lillard said in an interview: “For me, being a single-player cover is a very important thing, but being a cover and making my music part of the game is also an important thing. A huge achievement. For me, I have come into contact with new singers, songs, and genres. I thought I would hear these on the radio, but in fact, it opened my first experience in NBA 2K."
In addition, during the rematch, Lillard also brought his own recording equipment: "I will prepare my recording equipment, my microphone, all my song recording equipment, and my games. I will take all these things with my computer and my books. It will be my home where I will stay for a while, so I have to live comfortably." 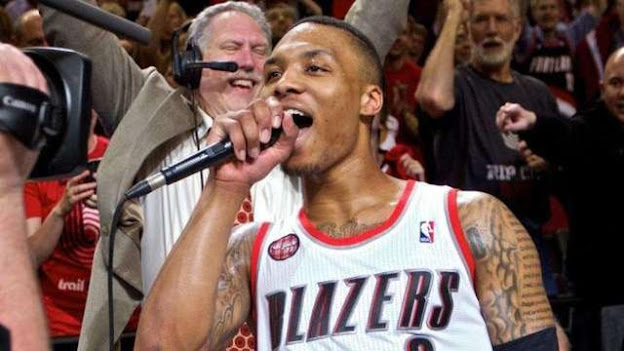 Therefore, the joke players are also teasing: Lillard is really a talented rapper who was delayed by basketball!
This year's list of musicians will be released in the form of images, and in the next year, new musicians and their works will be added to the next-generation version of "NBA 2K21" in real time, thus creating the largest scale in the history of sports video games Original music soundtrack.
If you are contemplating buying NBA 2K21 MT, then you've got to purchase it again from NBA2K21MT successfully. You will find the most crucial good reasons that folks prefer getting things from the internet site. Additionally, to understand far more, you should check out the web page in the event you like.

June 27, 2020
How does the NBA 2K21 shoot? Many friends who have just started playing NBA2K may adopt a more conservative offensive strategy. The following is an introduction to the NBA 2K21 shooting experience brought to you by NBA2K21MT.com. Those who need it may wish to come in and take a look.


Inside shot
Many friends who have just started playing NBA2K may adopt a more conservative offensive strategy, choosing mid-range and long-range shots to minimize physical contact with the opposing defensive player. Indeed, this can ensure the number of shots and reduce the risk of being intercepted. But this is just "reducing false data". - Strong playing inside is also straightforward. You pass the basketball to the center and power forward inside. The center and power forward will start to play singles (press the shift key) after holding it. At this time, you can choose to shoot a ball or two (remember not to be too much, if it is too much, it is easy to be intercepted), trying to use the positio…
Post a Comment
Read more

June 27, 2020
How does NBA2K21 defend? Presumably, many friends are not very good at playing, so NBA2K21MT brings you NBA2K21 defensive skill sharing, friends who need it may wish to come in and take a look.

-If you don't lose your position, you will do half of your defense work -There are 9 out of 10 reasons for dropping the ball because they didn't follow your defensive object and let his breakthrough. -It is easy to follow a person, no matter if you have a Ball or no-ball, as long as the system prompts you to defend against that person. You will always follow him, regardless of who is currently holding the ball, because the AI ​​will do its own job. For this part, you don't need to lose your place. -When following the other party, you should pay attention to some small movements of the other party, pacing, turning, etc. These may be fake movements, you do not need to pay attention to the other party's footsteps, you only need to care about his center of gravity. the cent…
Post a Comment
Read more