NBA 2K21 players can compete with other players in the MyTeam mode by forming their teams. How do you choose your players in an environment where players' abilities are generally low, and their shooting percentages are low? Please see the NBA 2K21 MyTeam mode pioneering experience, player card recommendation shared by players NBA2K21MT, and hope to bring some help to all players.

Hello everyone, we met again in 2K21 after a year; like many 2kers, I entered the game on time in the early morning of September 4th with excitement, and not surprisingly, 2k21 started with a wide range of bad reviews. This time, the bugs are rampant, but the shooting ability and shooting mechanism's significant changes are even more scolding. I lost three consecutive All-Star Raptors the day before yesterday and beat the Celtics 2 consecutively. The settlement was wrong. I came up to experience the charm of 2k...Online 3v3 and the opposing player pecked each other, and just started a 3v3 game. They played for 15 minutes and made 11 of 35 shots. Like many players, they said that this generation would no longer play, and some friends even refunded the game on the first day.

But this doesn't stop my enthusiasm for basketball. As a talented person, I quickly adapted to the new features of 2k. After more than 30 5v5 games, I slowly adjusted to this generation's rhythm and found what I think—lineup configuration and play style suitable for the current environment. Today, while playing the competition, the original intention of writing this nonsense article is to share with you the game experience of these two days, as well as my own experience, and then recommend a few suitable players and duo, and tell novice players how to Find a way to score quickly in this generation.

Due to the unsightly shooting this year, but the dribbling is remarkable, rough and straightforward play has become the best choice when the player's ability value is low in the early period. First of all, you need a point guard with superb ultimate ability. At present, the first choice for all players is Purple Rose and Red Lillard.

The simplest and most effective way to play 2k21 is to break through the offensive scoring through the personal ability of the guards, create opportunities for teammates, score internally through the pick-and-roll with the inside, and ultimately give up the pick-and-roll outside bombing because Tang Shen is empty and may not be able to enter. The three-pointer of Tang Sibo is even worse this year. Gu gave up the shooting center that pioneered the wasteland before and chose the model monster. Schmitz, who came out last night, is currently the best choice. The defense is then more straightforward, shrinks the position, and controls the center to defend the opposite inside attack. Here to talk about this year's interior defensive interference is very simple, don't jump quickly. Use the right joystick to stretch out the defensive effect. It is easy to interfere.

The setting of free tactics determines the positions of the five players on the field and the automatic running tactics: after entering a game, first, cross the left key + L1 to enter the free setting, and then select 21 delays, so that the inside line will Pulling outside is similar to a five-outside station.

Let's take a look at these freely set positions 45 degrees to the right of the ball holder: 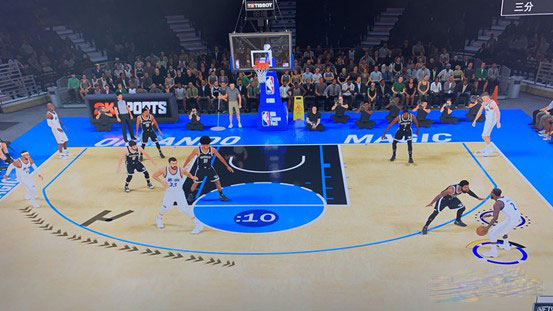 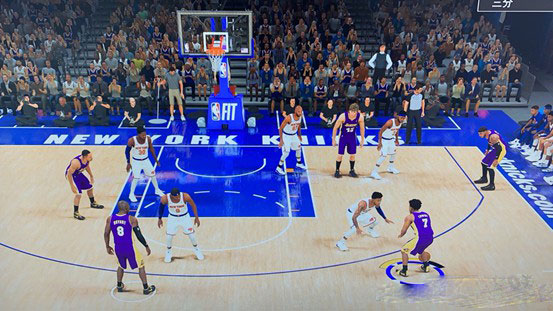 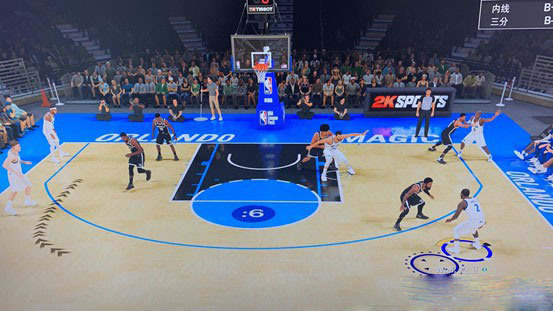 Can you tell from the picture that 21delay is the most suitable choice for PG's breakthrough attack? At this time, someone asked you that this is a computer game. Naturally, everyone will manually control the center to block your breakthrough. My answer is not to persuade you. Since there is no better choice, he will be reckless after entering, either being blocked, deducted, or free throw.

The offense directly uses speed to break through, or pull a burst or smash into the inside dunk, and other positions have a chance to pass. Although this generation of three-pointers is very terrible, the shot is still empty if it is empty, the line is 1.25 difficult open three-pointers You can even enter.

If the players on the field do not open their running tactics, they can stand at a 45-degree angle, press L1, and then press L1 tactics. All players will stand on the outside line, giving the defender a better breakthrough time.

1. Cheap NBA 2K21 MT combination of Mitchell + Gobert, Mitchell turned red and still blue after the duo. This Mitchell can play PG. Although the impact is not as good as Ross Lillard, it is not bad. 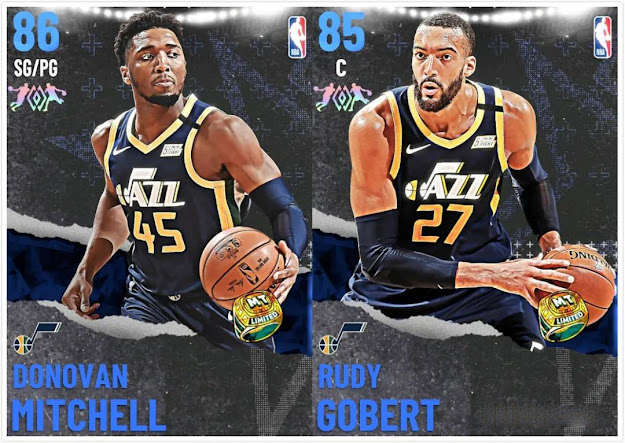 2. EMBIID + Simmons, Simmons upgrades the red card after the duo. It is essential to project secondary defense and defensive counterattack. EMBIID Defense is excellent. Simmons's paybacks and dunk bags are very good, recommended. 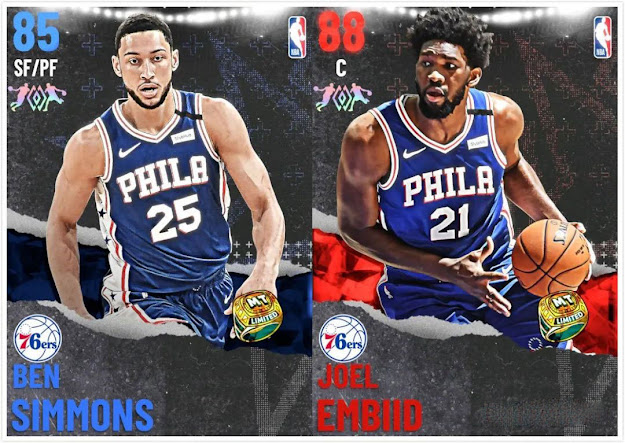 3.Doncic+ Boshen, Boshen has always been the inside card of my generations of land reclamation. I put it in the center position. The height of 221 can attack and defend. The comprehensive ability of Doncic is good. I like a group of the duo. 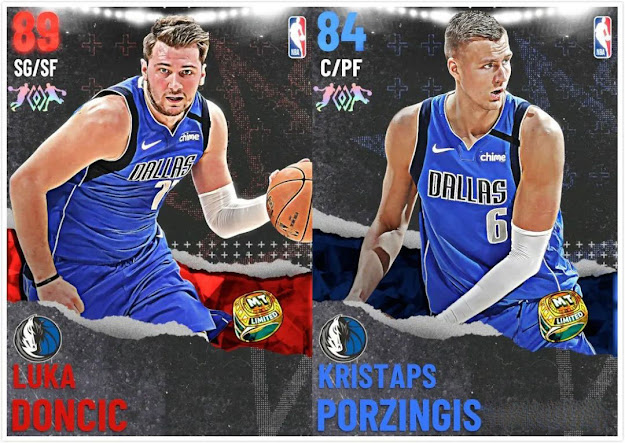 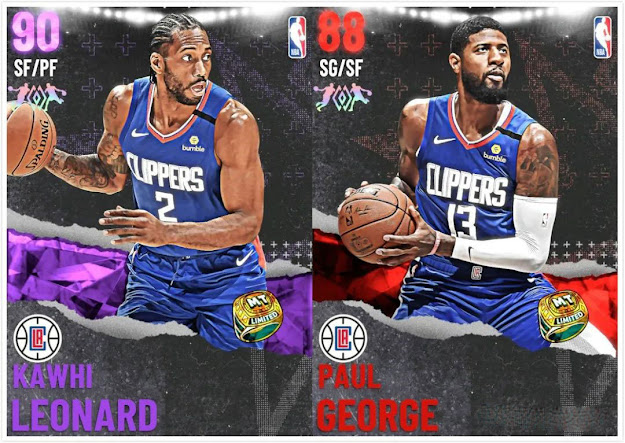 5. Antetokounmpo + Middleton is red after the duo. Brother Antetokounmpo can think of how powerful a family is in the current environment. Middleton is a bit slower, but I play at position 23. The presence is not healthy, can defend. 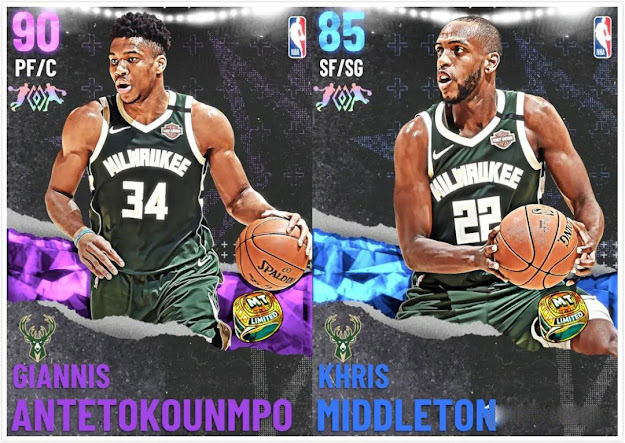 Turn off the right stick.

The new shooting mechanism is too complicated. I didn't learn it, so I just turned it off. Controller settings-shooting aiming-off

Since you are not allowed to shoot three points this year, the single 33v must be set at two points. I believe everyone is distraught like me. Long press the triangle and let your designated non-ball player score inward, which is a faster brush. You can try it out. Ps: If you find that the opposite side blocks the inside cut and you want to be intercepted, you can press l1 to cancel the pass

July 24, 2020
In the Triangle Tactics, Run and Gun Tactics mentioned earlier, pick-and-rolls are more or less mentioned. The following NBA2K21MT.com editorial department introduces you in detail on how to use the pick and roll tactics. NBA2K21MT provides safe and reliable NBA 2K21 MT to help players better create the perfect team!

Because it is so simple and easy to use, whether you are new to elementary school or playing basketball or just playing NBA2K, you will find that as long as there is one person to help you block/push the defensive players, your offensive chances will rise sharply.
Pick-and-roll is a very basic tactic in basketball tactics. It mainly uses the position transfer of the ball between

the offensive players to find opportunities in the movement of the players, resulting in an open cut without the ball or a short time when an offensive player gets rid of the defense and completes the shot. The series of basket actions.
When using pick-and-roll tactics, the focus is on the words &quo…
Post a Comment
Read more

August 14, 2020
The NBA 2K21 small forward is the person responsible for scoring, defending, and acting as the second or third rebounder. Although the small forward is not as tall as a center or power forward, its height and width are still large. The following 3 Builds will show how to create the best prototypes for various game styles-diverse structures, but their own business. Now NBA2K21MT shares with you NBA 2K21 MyCareer Best Best Small Forward Builds. NBA2K21MT as a professional NBA 2K21 MT internet site provides safe, fast, and inexpensive MT for you personally.
Builds 1:Skill breakdown: For this particular construction method, I recommend choosing the pie chart first, which shows the most sorting and game making, as opposed to shooting and defense. When you are responsible for scoring, it makes sense to make these two of your strengths.Physical condition: A balanced condition will benefit you the most; you will need agility to defend, you need serving skills, and verticality to complete the g…
1 comment
Read more